The Obsession with Chicken Pox

Firstly, I apologise in advance if I offend anyone here, but I’ll take that chance. Please just skip over this post if you start getting annoyed – or failing that, get it all out your system in the comments below 🙂

Ever since the Little Monster was born there’s been an underlying obsessional talking point with just about every single mother and grandmother.

The obsession I’m talking about is Chicken Pox. 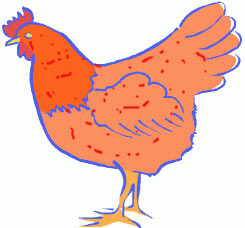 My name is pox. Chicken pox

Every playgroup, play-date, softplay, nursery, mum’s group – the second someone mentions the ‘pox’ the conversation plunders into varying degrees of nostalgia (I had it when I was blah blah years old); personal experience (oh my little darling had it when she was 9 months. What a great age because there’s no scars on her beautiful face); diagnostics (has your child sneezed today? oh that could be chicken pox) and TMI (Oh she had it down there. It was red and….gag)

But I’m finding there’s a new approach nowadays (and maybe when I was young, but I was totally unaware of it then). Apparently its relatively common for mum’s to arrange ‘Chicken Pox parties’ and offer their children up as a disease catching machine, taking them to other kids with chicken pox with the aim of catching it (would you like jelly and ice cream with your itchiness?).  The latest though probably goes just one step too far. I’ve now heard of something called ‘Chicken Pox Lollies’ in which mums are getting their chicken pox infested child to lick a lollipop and sending it to another kid to spread the germs.

Has this gone too far or have I just missed the point? I know full well how dangerous it is for a pregnant woman to get chicken pox, but doesn’t there come a point, when the ridiculous becomes reality, that we need to take a step back and stop putting pressure on every minute of our kids lives? I don’t know, maybe not. My little monster has been with a number of kids within a few days of them coming out with chicken pox and she still hasn’t caught it. I’m not feeling that stressed out about it yet. Maybe I should?

This entry was posted in General, kids and tagged kids. Bookmark the permalink.

2 Responses to The Obsession with Chicken Pox