When the Worst Thing Happens 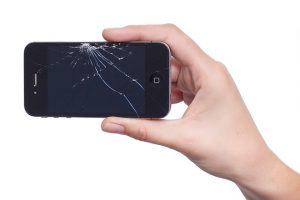 So this is the kind of phone I’m using right now. Smashed up, slow as anything and a battery that just about makes it to 10 in the morning.

And I’m not happy.

I know, first world problems and all that. But my lovely LG G4 just decided to shut up shop last week. For no reason whatsoever. It was a  full and total system crash. It choked a couple of times as a small but insignificant warning and then died.

In the words of an oft-repeated comedy skit, my phone is no more. It has ceased to be. It’s expired and gone to meet ‘its maker. It’s a stiff. Bereft of life, It rests in peace.

It means I am now having to use a smashed up old Samsung. And I’m suffering. Not quite shaking yet, but suffering. Trying to get into Facebook, Twitter,  or Whatsapp are all an excruciating exercise of blank screens, seconds of frozen nothingness and delayed chaos.

Yes, I know I could just down tools. Pick up a book. Catch up on real TV. But then I would miss memes and hashtags and the angry mob on the local Facebook forums who are eternally taking photos of badly parked cars in Tesco and car-shaming other people’s friends.

As for my phone. Well, LG apparently know about this ‘little’ bug. Meekly and slightly embarrassed, they simply offered to send a courier to pick up the phone, repair it (commonly known as replacing with a refurb phone) and send it back. Oh, it takes 7-10 days. And I’ll obviously lose everything unless I can back it up (I refer you to the previous comment. ITS DEAD). And in the meantime, I’m using a smashed up almost dead Samsung. I guess it could be worse – it could be an old Ericsson.

This entry was posted in gadget, mobiles and tagged LG G4, system crash. Bookmark the permalink.