Technology From Ghosts Past – The Laser Disc

Sometimes things just jump into my head for no apparent reason and the other day I started thinking about stupid technology ideas that didn’t make it – and the Laser Disc suddenly sprung out at me. 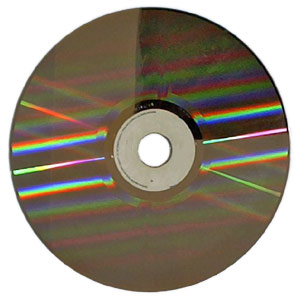 A 12" dud that was never really going to take off

Does anybody else remember this?

After the advent of the CD, some bright spark thought it would be a brilliant idea to put movies onto CD-style discs. Looking at my rack of DVDs, of course, that would be a great idea.

Except instead of inventing a CD that allowed movies at the time, they invented the ‘laser disc’. A huge monstrosity of laser-shined metal. The players were subsequently massive and expensive and just as CD’s were trying to take over from vinyl, here come’s a sheet of metal 12″ in diameter to take up just as much room.

Not only that, the laser disc could only play an hour’s worth of the movie, meaning you would have to turn it over to finish the movie. Not exactly a fun way to watch a film.

Thankfully, no-one bought into this, even though it was the precursor to the DVD. When I went to my local video shop, they had possibly one or two laser discs to rent – always available of course because no-one had a player anyway.

It was one of those gadgets I didn’t have and for that I am grateful (rather than embarrassed!!). Was there anyone who did have a laser disc player? I’d love to hear from you!

2 Responses to Technology From Ghosts Past – The Laser Disc