Meet My Moose Collection and Name The New Sudocrem Moose

When I saw that Sudocrem wanted people to name their new moose, I had to laugh.

I have a ‘thing’ about moose (is the plural mooses? Or meese?). You could call  it an obsession, but its not really that – not like some people have to have own every frog or pig product they find. Its more a collection of them that I’ve bought or people have sent me over the years. I adore them – their wonderfully non-expressive faces (gormless!), their name (mooooooooose!), their imposing, statuesque demeanor. Yes, I am very childish.

Me and a moose, we just connected once.

Actually, nothing quite as romanticised as that, but I was on a hilarious roadtrip many years ago in New England with some friends and we made a stop at a park in Maine and there was a tiny little store at the end of the small shopping area that was simply a ‘moose store’. That is, everything they sold in the shop was moose-related. I loved it and like a kid in a candy store, I was amused in a moose store. And so it began.  We continued on our road trip and the only other time moose came up on the trip was in a disgusting conversation about roadkill which I won’t go into. 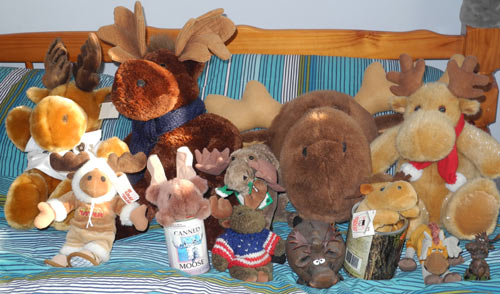 Cute as a Moose - well, not really, but they're adorable, right?

I then came face to face, finally, with a real moose a few years later in Alaska and my collection of cuddly moose, money boxes, moose in a can (a very popular style of moose gift it seems) and moose memorabilia continued to grow.

So when I saw that Sudocrem were asking people to name their new moose my affinity to both moose and Sudocrem (oh thank you o’ saviour of nappy rash) was complete. 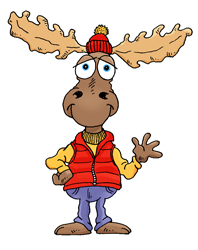 Sudocrem have just launched their Twitter & Facebook pages for a new, mystery product expected in spring 2012 and to celebrate they are running a competition to name the mystery products mascot, the  Sudocrem Moose.

The winner will received £500 worth of Toys R Us vouchers and a personalised Santa sack, the winner drawn in time for Christmas!

Instructions on how to enter:

As for me, I’m getting rather stuck on a name. I love the idea of Suzy Moose, but I get the feeling Mr Moose here might be of the male persuasion. Maybe he should just be called Fred?

This entry was posted in General, kids and tagged moose, sudocrem. Bookmark the permalink.