What’s The Point of a Landline Phone?

I looked at the missed calls on my landline telephone the other day and realised that the only person that ever calls me on that number is my mother. There was no other missed calls except for an 0800 or an 0845 number- dubious numbers that I mostly tend to avoid. 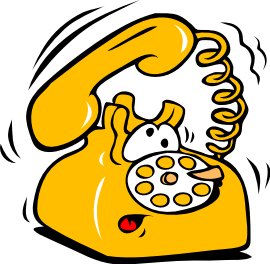 Do we really need landline telephones

So it got me thinking – what exactly is the point of having a landline? The only 2 reasons I can think of in this day and age is 1) ADSL Internet and 2) Sky.

Both our current Internet access and Sky TV require landline telephone lines and this obviously incurs line rental charges from BT or your local loop provider.

When I lived in New York, I decided not to install a landline. At first, I wasn’t sure quite how I was going to connect to the Internet without it, but after a couple of phonecalls to the local cable TV providers, it was clear that I could get high speed internet via Cable – and their cable TV did not require a landline.

So for 2 years I went without a landline and no-one noticed. Not one person. Unlike here, in the US, most numbers, be they landline or mobiles, use the same area codes. Thats because they are charged for incoming and outgoing calls over local and long distance phonecalls – by long distance, this means out of state rather than overseas.

However, unlike here, there was very little difference whether you call from or to a mobile. That’s not to say the US have a good mobile network system – on the contrary, Europe is way ahead of them for our tariffs, messaging and standardised systems. However, it was no issue just owning a mobile.

What about long distance? Well, thats even more simple- just use Skype or any VOIP (internet telephony) service and that should get your costs down drastically

So, if there was ever a cable network to really rival Sky its looking highly likely that in the very near future I might just say goodbye to my landline altogether, saving quite a bit of money along the way.

3 Responses to What’s The Point of a Landline Phone?