Happy National Coffee Day – Can I have a Nespresso Please

Thursday was National Coffee Day. So cheers to the black nectar that over the years has become a ridiculously huge industry with a coffee shop on the corner of every street.

A few years ago I was wandering around John Lewis, wondering what my next must-have gadget would be and there was a chap standing around offering free coffee. Never one to turn down free food and drink, I took a cup – after asking for a sweetener which he conjured up politely. A capsule later and some twirly stuff happening on the top froth and I tasted this ‘coffee machine’ concoction (coffee machine? this is not just a coffee machine – as I was to be told later). 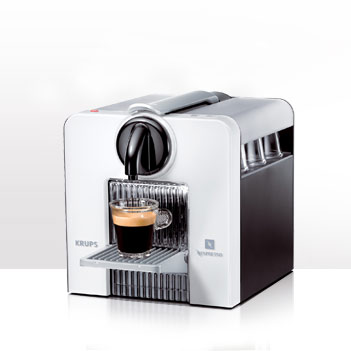 I was hooked immediately.

This machine was a new type of coffee machine, offering as true an Espresso coffee as possible using pods, rather than a drip filter coffee. There were a few similar machines just launched in the UK and I already had my eye on a Tassimo, but it was the taste of the Nespresso coffee pods that really caught me unawares. There were 10 different coffee flavours at the time rated in strength from 1 to 10. I’m not a ‘strong coffee’ person so can’t be called a coffee connoisseur but I do like the choice and have often gone for the number 10.

Nespresso’s marketing niche is that it is sold as a ‘lifestyle’ product rather than a coffee machine. To be honest, I didn’t care about the sales pitch. It was a case of me simply liking the coffee and the speed of making a cup. Unlike other coffee makers at the time, the Nespresso machine used ‘thermoblock’ heating, so from cold water to hot water it took 30 seconds, making the coffee feel fresh every time and really making it easy to make a cup without waiting for a kettle to boil.  I bought a ‘Nespresso Cube’ machine there and then, which at the time came with an Aeroccino machine that could steam or foam milk to make the perfect latte or cappucino

Since Nespresso and Tassimo launched, there’s been numerous entries into the coffee pod market. However, Nespresso has mostly remained at the forefront of its lifestyle market, updating its machine designs and introducing new coffee to the market and creating a ‘club’ concept to try to instill its exclusivity.

Whilst it could never really recreate a bean-to-cup experience, it really does offer a great tasting coffee that beats all high street coffee shops

It may of course help having George Clooney as its spokesperson as well, but that’s probably another discussion for another day.